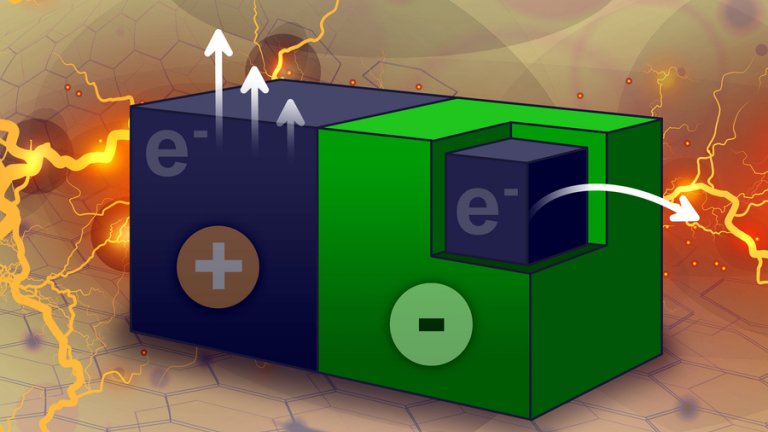 The particles, cut from a paper-like sheet, can be any shape and size – and they do not require wires.
[Imagem: Michael S. Strano Lab/MIT]

MIT engineers have found a way to produce electricity by soaking small carbon particles in an organic solvent.

Liquid extracts electrons from nanoparticles, which generate an electric current that can be used to cool chemical reactions or for micro or nano-sized robots.

“This is a new method and a way of creating completely new energy,” said Professor Michael Strano. “This technology is intriguing because all you have to do is make a solvent flow through the bed of these particles. It allows you to do electrochemistry, but without wires.”

To prove this phenomenon, the researchers used electricity generated by carbon nanoparticles to drive a reaction called alcohol oxidation – an organic chemical reaction important in the field of chemistry.

The new discovery comes from the team’s research on carbon nanotubes, which, when proven, were the first. Carbon nanotubes can generate “heat waves”. When a carbon nanotube is coated with a layer of fuel, the moving pulses of heat – thermoelectric waves – travel along the tube and generate an electricity, which helps to create a thermopottery.

This led to the discovery of a characteristic associated with carbon nanotubes: a part of a nanotube coated with a polymer similar to Teflon, which creates an asymmetry and allows electrons to flow from the coated part to the unconnected part, thus generating electricity. These electrons can be captured by immersing the particles in a suitable solvent free of electrons.

See also  You have heard. Scientists have now created ‘Super White’, and it is very cool

They came to their current job to use this electricity. The panel first crushed the carbon nanotubes into a sheet of paper-like material, and then coated one side of the sheet with a Teflon-like polymer. The sheet is then cut and formed into small particles, which can be of any shape or size – in this initial demonstration, they formed particles of 250 x 250 micrometers.

When these particles are immersed in an organic solvent such as acetonitrile, the solvent adheres to the unconnected surface of the particles and begins to draw electrons from them, thus generating electricity.

The great advantage of the technique is that it feeds on electrochemical reactions “from within”, regardless of the external distribution of electricity.
[Imagem: Albert Tianxiang Liu et al. – 10.1038/s41467-021-23038-7]

This first version of nanoparticles produces about 0.7 volts of electricity per particle, but they can generate rows of hundreds of particles within a test tube.

This “filled bed furnace” generated enough energy to power a chemical reaction called alcohol oxidation, in which an alcohol is converted to aldehyde or ketone – usually this reaction is not done using electrochemical because it requires more external current.

“Like a small fill-bed furnace, it has more flexibility in terms of applications than a large electrochemical furnace,” said researcher Xi Zhang. “The particles may be very small and no external wires are required to conduct the electrochemical reaction.”

Other news about this: