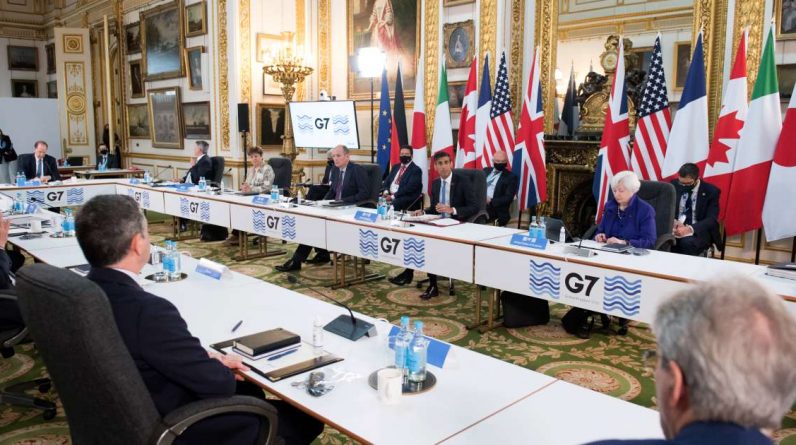 The G7 powers have reached a historic agreement on a compliant tax for large corporations, while at the same time helping climate, poor countries and post-epidemic recovery.

Here is an overview of the highlights of the press release issued on Saturday afternoon after the two-day meeting in London.

Towards the minimum global tax

They side with the goal of having a minimum corporate tax rate of 15% in each country in which they operate and the best distribution of tax revenue.

Tax multinationals make their profits, and they are not only registered where they are, often in countries with low tax pressure.

The measure applies to international companies that make a profit of at least 10%. Above this limit the agreement stipulates that 20% of profits will be taxed in group operating countries.

Countries that already have taxes on digital giants, such as the United Kingdom, did not say in the press release whether they would eventually abandon it to accommodate the reform. But UK Finance Minister Rishi Sunak said this was London’s intention.

Despite this historic deal, the plan has yet to bear fruit, with the G7 fund pushing for an agreement on the G20 funds to be held in Italy in July.

“This is a historic moment but it is not the end of the road.”, Said Rishi Sunak.

This is another key issue on the G7 menu that will be widely discussed at a summit of state and government leaders in Cornwall (South West England) next weekend.

G7 Finance supports a plan to force companies to disclose their climate risks.

It is an important tool in energy transfer that should allow investors to see more clearly when financing large groups.

Expect a broader deal for COP26 on climate at the end of the year in Glasgow.

G7 finance ministers are also in favor of adjusting global accounting rules in line with the release of these climate-related risks.

Finally, they welcome the establishment of an executive committee that aims to encourage companies to express their impact not only on climate but also on nature.

The G7 is committed to helping the most vulnerable countries recover from the health crisis. It approves the International Monetary Fund’s allocation of $ 650 billion for new map rights.

This issue, first decided after the 2008 financial crisis, will increase the creditworthiness of the International Monetary Fund. Ministers also welcomed the World Bank’s efforts to improve the availability of vaccines, especially in poorer countries.

Economic recovery after the health crisis

The final report reaffirms the commitment of G7 members to continue to help their economies heal their wounds as activity resumes and health restrictions are lifted.

Once the recovery is well underway, they want to ensure that public funds are kept in order to respond to new crises.

According to them, the outcome of the epidemic can only go through the massive use of vaccines and tests worldwide.