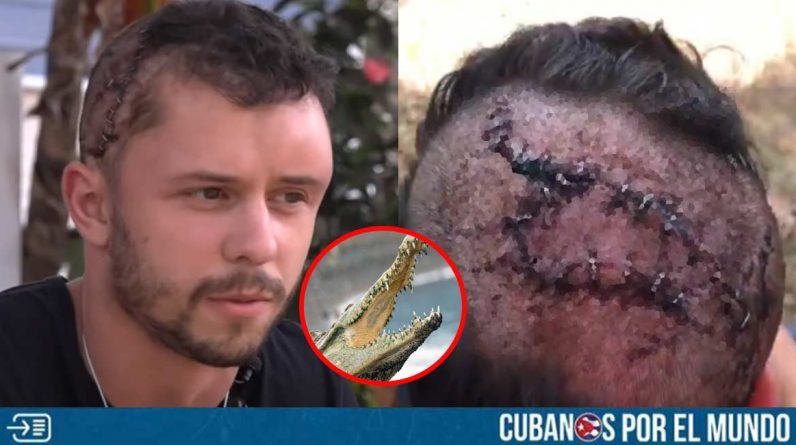 Authorities have reported an interesting case of a crocodile biting a man’s head in Florida, and the material was “miraculously saved”.

According to the official report, Jeffrey Heim, 25, was swimming in the Miyaka River in Tampa when a large crocodile stopped him and grabbed its head with its large jaw.

He talks about the terrifying experience and believes that being quiet saved his life.

“I got up to breathe and felt like I was hit by a boat. I felt like an impulse in my head and it pulled me down. You will never understand the power of such a wild animal as long as it is in your mouth. “

He explained that he moved a little bit to get out of the water without showing signs of being “prey”. At slow speed he finally reached the shore and the crocodile never ran towards him again.

Fortunately, on shore, a group of people helped him and called 911. Once in the hospital, he got 35 stitches and doctors found a small fracture in his skull.

Heim explained to the media that he had “made a mistake” just to occupy the crocodile spot. During the attack he was looking for “shark teeth with fossil megalodon”, so he did not take into account the danger posed by these reptiles.

“I think it hit me in the right place. Someone was watching.”

Commenting that he could resist the bite of his head bone, he stressed that it could not have happened with one of his legs.

For now, the young man will decide to stay away from diving for “a little while” and give his mother peace of mind.

Cubans around the World News Room