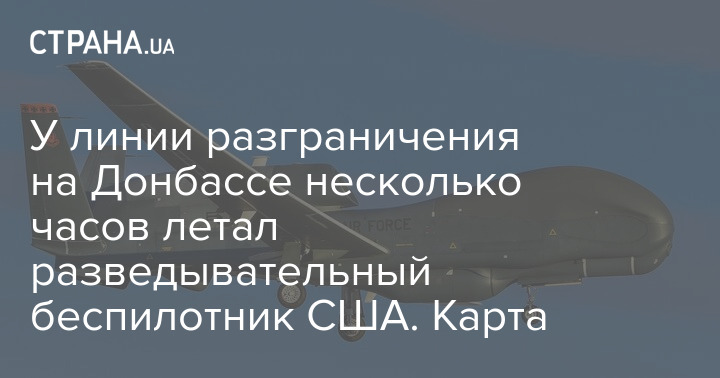 The drone circled for a long time. Photo: ainonline.com

On Tuesday, May 25, the US Air Force strategic reconnaissance drone RQ-4B was spotted near the borders of the Russian Federation in the Global Hawk Baltic region. His flight continued in the skies of Donbass.

This is evidenced by the monitoring of Western aircraft resources, which monitored the device according to the signals of the on-board transponders.

The U.S. drone took off from Sigonella Airport on the Italian island of Sicily and then followed an unusual route through the air via France, Germany and the Baltic before approaching the Russian border.

Two U.S. spy planes, one after the other, conducted regular flights off the coast of Crimea.

On Monday, a U.S. P-8A Poseidon naval reconnaissance aircraft also flew off the coast of Syria, where the Russian naval base and Russian Kimmim air base are located in the port of Tartus.

In late April, “Strana” reported that a US spy drone was flying over Crimea.

Earlier that month, a similar device circled the sky for six hours in Donbass. On that day, a US Navy P-8A Poseidon Navy patrol aircraft appeared in the air in our country.