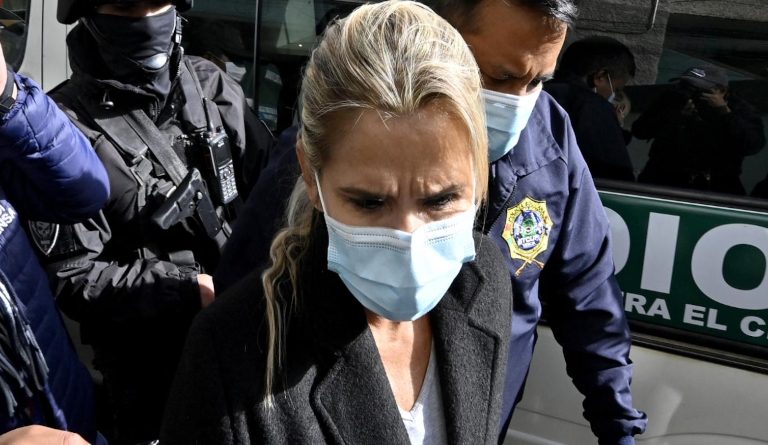 The charge against former Bolivian President Jeanine Áñez, who was detained at a prison in La Paz two months ago for leading the conspiracy, has expanded with two new charges, the Andean attorney’s office said on Thursday.

The process is part of a complaint filed by Lydia Patti, a former deputy of the ruling movement for socialism (MAS) last November, for crimes such as treason, terrorism and conspiracy during the political and social crisis the country faced at the end of 2019.

Based on this, an investigation was opened into a conspiracy to establish responsibility for the social demonstrations that led to the forced exit of then-President Evo Morales, and MAS considers that they were instigated, and that the allegations that occurred after that election were fraudulent in the elections that year later.

Among those convicted in the case are former mayor and governor of Santa Cruz, Luis Fernando Camacho, his father, Jose Luis Camacho, and former military and police chiefs, although the complaint was later extended to Áñez and several of his former ministers, Justice and Energy. .

As a result of this case, Iz, Combra, Guzman and some other soldiers are being held in prisons in La Paz.

The indictment is based on the crimes committed by Ease and some of his collaborators before taking office as president, so the case is being heard in ordinary courts, but not in a liability trial scheduled for former presidents.

In addition, the Ministry of Justice laid four charges against Áñez for the actions he took during his government, which could lead to accountability trials before parliament.

With regard to these cases, Lanchiba noted that the implementation of the “extension of the deadline for the submission of a firm request” is being implemented, which must be submitted to the legislature after a number of actions.