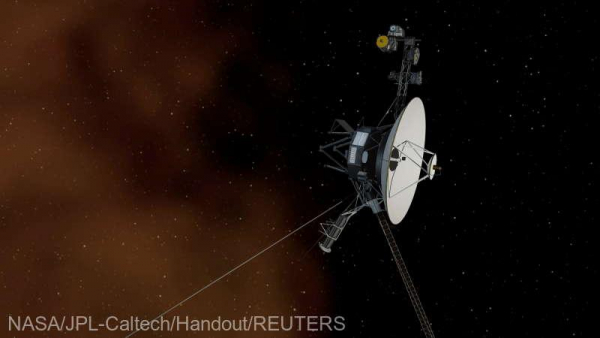 Live science has announced that 44 years after it was launched into space, the Voyager 1 spacecraft, which has already left the solar system, is continuing its scientific observations and for the first time a mysterious “buzz” of galaxy space has been recorded.

Launched in 1977, the Voyager 1 spacecraft left Heliosphere in 2012. The heliosphere is a bubble made up of high-energy particles emitted by the sun around the solar system. After leaving the heliosphere, Voyager 1 periodically transmits to Earth the various measurements it has made in the galaxy.

In these data, Voyager 1 was found to have a very intelligent signal, such as a “hum”, which is completely different from the strong vibrations detected in space, for example, the Sun emits a coronal mass emission, which causes space to shake plasma. Galaxy. Researchers believe that this background sound is produced by the vibrations of plasma in the galaxy’s atmosphere, but they do not know what causes these vibrations. Their main hypothesis is that this background sound is generated by the loss of electrons from the plasma due to their basic thermal properties. This “hum” is of low intensity, but lasts longer than the oscillations that occur after coronary mass discharge. According to a new study published in the journal Nature Astronomy, such buzz will last at least three years, providing a good opportunity to study the properties of galaxy plasma.

Voyager 1 is currently about 153 astronomical units from the Sun. An astronomical unit is a unit of measurement for calculating distances within the solar system, which is equal to the average distance from the Earth to the Sun – about 150 million kilometers.

This study and its twin, Voyager 2, were originally designed to collect data from the orbits of the gas giants of the solar system, Jupiter, Saturn, Uranus and Neptune. Currently, two probes are still sending data from the galaxy. Voyager 2 came out of the heliosphere in 2018.