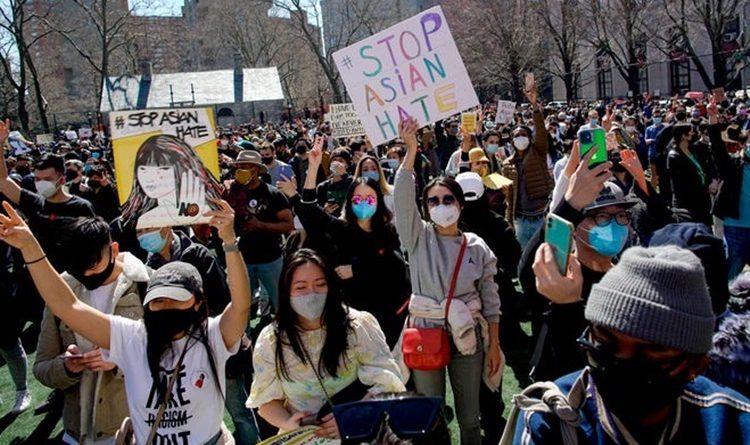 On the morning of May 12, a 23-year-old nurse descended from a subway station in the vicinity of Morningsight Heights to work at St. John’s Hospital when a stranger attacked Luke on the head and waist without a mask.

The victim told police she was standing near a pole at the station when she was attacked. The stick attacker is a 1 m 62 tall man of color weighing about 70 kg.

Police said the suspect did not say anything when he attacked the victim.

At 8:30 a.m. the same day, a 21-year-old girl was traveling on a train between Queens Avenue and 75 Avenue when a man suddenly came and slapped her in the face.

“He behaved very strangely and then approached and slapped her,” a police source said, adding that witnesses to the attack detained the suspect until police arrived.

The New York Police Anti-Racism Squad is investigating two attacks. Andres Gonzalez, 29, was arrested for racial hatred in the second attack and charged with third-degree assault. Gonzalez has been arrested 5 times, most recently on June 25, 2019 for petty theft.

These two are the latest in a series of attacks targeting people of Asian descent, mainly the elderly and women, especially in New York and across the United States in general. The Center for Hate and Terrorism Research at California State University is releasing data showing that crimes against people of Asian descent in the United States have increased by 150% over the past year.

See also  Round defeat for Algeria?