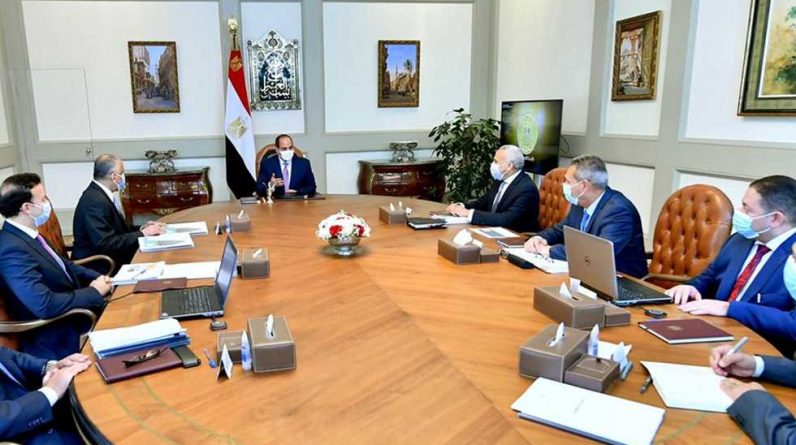 The official spokesman for the presidency, Ambassador Bassam Roddy, said the meeting provided a “review of the functioning of the state’s banking sector” and details of land assets owned by state-owned banks scattered throughout the Republic, reviewing efforts to achieve optimal utilization of these assets.

The President advised that all obstacles and challenges surrounding these assets should be overcome, while at the same time began to prepare urban marketing surveys to allow for optimal investment in them and to add value to the operations of state-owned banking institutions.

The central bank’s efforts to improve cyber security strategy in the financial sector were also reviewed, which is one of the biggest current challenges in light of the trend towards transition to a community that is less dependent on money, as well as the growing use of financial technology applications.

In order to improve the readiness of that insurance system in the banking system, the President directed that all pillars of the cyber security system for the financial sector be supported by providing secure infrastructure and qualified human personnel.

Tariq Amar presented on the performance of the banking sector and banking indicators and the improvements in the financial services provided to the citizens by the banks as they were urged to maintain the stability of the performance of the banking sector during the Coric epidemics. Capability and liquidity to withstand shocks and risks as a result of the Egyptian banking system having high capital assets.

In this context, the President expressed his appreciation to the country’s banking sector for its support for development activities at the multi-sectoral level in Egypt over the past several years and for the benefit of national projects, which has led to the strengthening of the state’s efforts to meet various challenges.