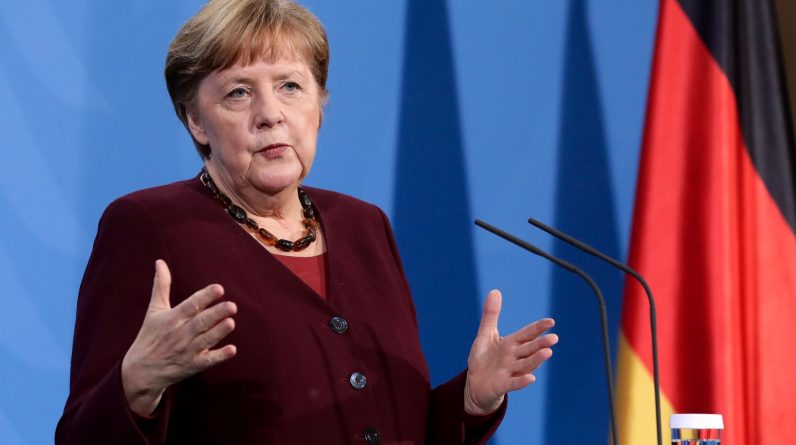 In addition, a strict closure of five days will be introduced on Easter to control the growing epidemic, Merkel said Tuesday night after lengthy talks with the country’s regional leaders.

The restrictions, which last until March 28, will continue, and cultural, leisure and sports facilities will continue to be closed. Merkel and 16 other heads of state agreed to a more drastic strike from April 1 to 5.

Since it is a very quiet Easter holiday almost all the shops are completely closed and the services have to be conducted digitally. Only grocery stores may be open on Saturday, April 3rd.

NIPH: The British variant has a 2.6 times higher risk of ending up in the hospital

– The situation is serious. The number of infections is increasing exponentially and intensive care units are being filled, Merkel told a news conference after the talks.

“We are in a new epidemic,” Merkel said, adding that the English virus has also become a dominant virus in Germany.

– Basically we have a new virus… It is very deadly, very contagious and the infection will last a long time, he said.

These restrictions were partially relaxed in February and March, giving hope that they would be further relaxed after several months of closures, arrival restrictions and travel restrictions.

But rising infection rates forced government and state officials to reschedule relief this week. As of Monday, the number of victims was estimated at 107 per 100,000 population, and more than 7,700 new cases and 50 new deaths were registered.

Exceeding the 100s means that previously relaxed restrictions will be tightened again.

Merkel and the head of state agreed that restrictions should be tightened if the number exceeds 100 in more than three days.

But the tightening did not come automatically. Negotiations between Merkel and the 16 states were suspended for several hours. One of the contentious issues is whether people should be allowed to travel domestically during the Easter holidays.

Some state leaders thought it made no sense to allow Germans to celebrate in Mallorca, while banning residents from staying in their home state.

In conclusion, they agreed to urgently ask all residents to avoid unnecessary travel at home and abroad – in view of the upcoming Easter holiday “.

Merkel says an agreement has been reached with the airline that all passengers returning to Germany will be screened.