Home Economy North Korea says it will deny contact with the United States unless it abandons its “hostile policy.” 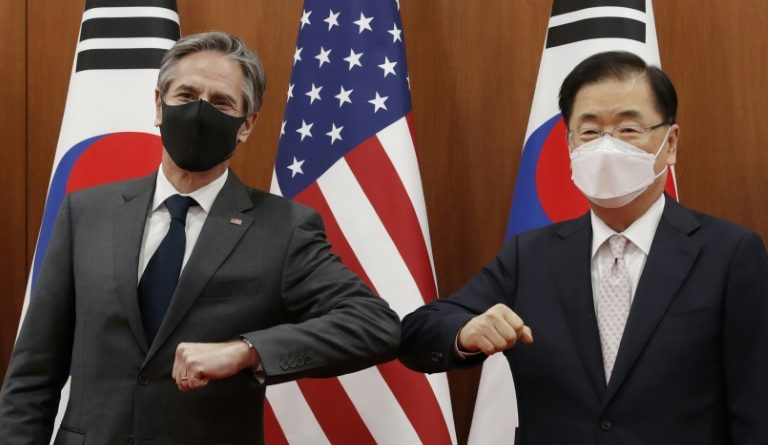 The official North Korean news agency KCNA reported on Thursday that North Korea would boycott any attempts to communicate with the United States until Washington abandons its “hostile policy.”

“There is no connection between the United States and the Democratic People’s Republic of Korea, and no dialogue can take place until the United States ends its hostile policy on the DBRK,” said First Deputy Minister Cho Son Hui. Foreign, cited KCNA South Korean news agency Yonhap.

“Therefore, we will ignore such efforts by the United States in the future,” Ms Cho said.

Pyongyang’s warning came while two senior US officials, Secretary of State Anthony Blinken and Secretary of Defense Lloyd Austin were in Seoul.

South Korea is the second stop of MM’s tour of the region. Blingen and Austin to strengthen with their allies a common front against the growing influence of nuclear-armed North Korea and China.

The two U.S. officials met with their South Korean counterparts on Wednesday. They are scheduled to meet with South Korean President Moon Jae-in on Thursday.

Seoul and Washington launched joint military maneuvers last week, with a strong warning issued from Pyongyang to Washington on Tuesday.

Kim Yo-jong, the influential sister of the North Korean leader, said she “would like to advise the new US administration on trying to spread the powder smell in our country.”

Pyongyang has mentioned the new US administration for the first time since Joe Biden took over from Donald Trump at the White House.

“If you want to sleep well for the next four years (the duration of a US presidential decree, the author’s note), it is better not to do anything that will cause you to lose sleep,” said Ms Kim, quoted by the official daily Rodong Sinmun.

Ahead of a meeting between US Secretary of State Anthony Blingen (L) and South Korean Foreign Minister Chung Yoo-yong (R) in Seoul (POOL / AFP – Lee Jin-man) on March 17, 2021.

Donald Trump’s divisive policy on North Korea first led to an exchange of insults and threats of nuclear war with Kim Jong Un, which later led to an extraordinary diplomatic honeymoon marked by summits between the two leaders.

These relations did not ultimately lead to progress towards North Korea’s nuclear program, which was subject to numerous international sanctions due to its nuclear weapons and missile programs.

The negotiation process between the United States and North Korea was conducted with the mediation of South Korean President Moon. But relations between Seoul and Pyongyang have deteriorated sharply since the failure of the Kim-Trump summit in Hanoi in February 2019.

Since then, Pyongyang has further strengthened its isolation, including closing its borders to protect itself from the Kovit-19 epidemic that first appeared in China.