Home Top News Video. In London, an underground tunnel to stop the construction of a railway 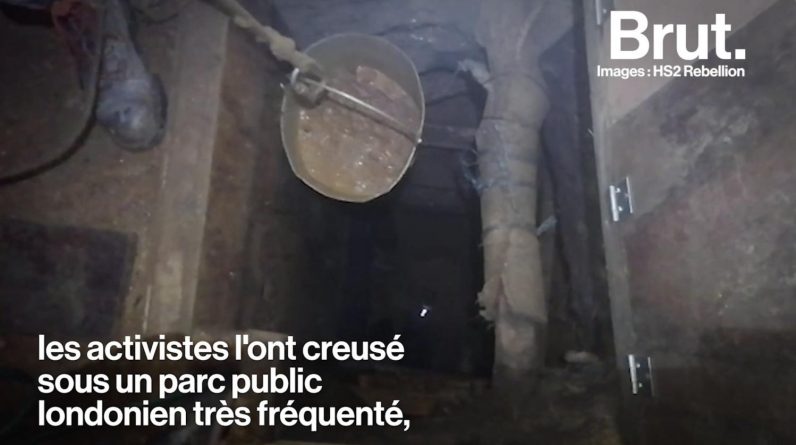 Polluted rivers or soil, abandoned industrial waste… Do you live near a polluted area?
Click here to alert us!

Meanwhile, in London, 18-year-old Blue Sandford has been banned from the underground tunnel since January 27th. He, along with eight other environmental activists, is protesting against the construction of a high-speedway that will serve central and northern England. English Prime Minister Boris Johnson defends the project, which is currently the largest in Europe. The new line will irreparably damage five internationally protected sites, 33 nationally protected sites and 108 ancient forests.

It took two months to dig the tunnel. At night, activists hiding in a tent dug it under a bustling London public park a few meters from the HS2 construction site. According to them, they have enough food to stay for weeks. Police have been trying to enter the tunnel for more than two weeks. Blue’s older brother Laser came out of the Sandford mine. In exchange for health supplies and light he voluntarily surrendered to the police.