Home Sports Can Rafael Nadal Return To The Top Of The World Rankings Again? 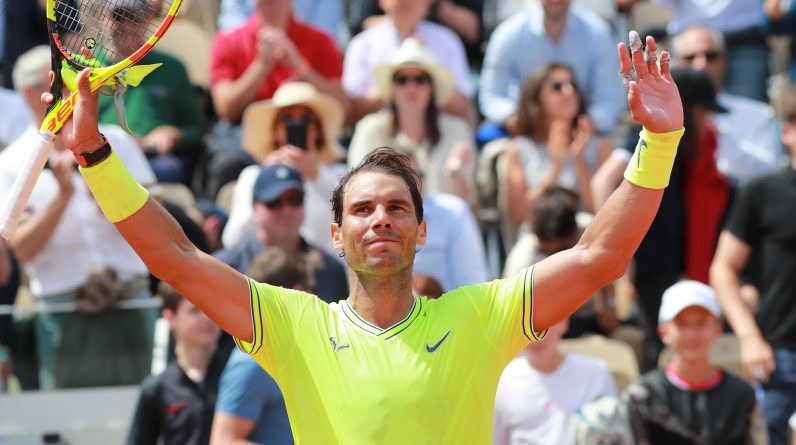 Spaniard Rafael Nadal has spent a total of 209 weeks at the top of the world tennis rankings throughout his career, and the 34-year-old could return to the number one position in 2021 with a strong year.

The world number two has proved over the past 12 months that he remains one of the best players in the men’s game. He won his 20th Grand Slam in 2020 at the French Open, leveling the tally of his great rival Roger Federer.

In order to catch Novak Djokovic in the ATP rankings, it is in the Grand Slams where Nadal will need to excel this year. He has 2021 Australian Open odds of +350 for the opening major tournament of the year, an event he has only won once throughout his career.

Nadal will be the hot favorite to continue his domination of the French Open in June. The King of Clay is a 13-time winner at Roland-Garros and dropped just seven games in the final against Djokovic last year.

Wimbledon and the US Open will also be realistic targets for Nadal over the next seven months. He is a four-time winner of the latter, succeeding in New York in 2019 after beating Daniil Medvedev over five sets in an excellent contest two years ago.

Injuries Are Now Behind Him

One of the reasons why Nadal is in contention for the top spot in the world rankings in 2021, is he is fit and healthy again. The knee troubles which have forced him to miss so much tennis over the last few years are thankfully behind him.

The left-handed player did begin the year with a back problem but his performances at Melbourne Park suggest he has overcome any trouble. If he avoids any further injuries, it will boost his chances of closing the deficit with the world number one.

Nadal is clearly motivated to keep on winning big events in tennis. The man from Mallorca was involved in a rivalry with Federer through large periods of the 00s and 10s in tennis, something which helped both players raise their games. His latest battle with Djokovic is equally as fascinating and should keep him focussed on working hard on and off the court.

Although it is difficult to say who out of Nadal, Federer or Djokovic will end their careers with the most Grand Slam titles, the Spanish star can set a good marker. One important factor is that he five years younger than Federer so should feature in many more future Grand Slam events than the Swiss player.

Meanwhile, Djokovic, who is 33 years old, is currently three Grand Slam titles away from the joint-record holder. Results this year are going to prove vital when it comes to who can finish their careers with the record.

There is a strong group of younger players who are close to making their mark in the big four events. However, for now, it is Djokovic and Nadal who continue to set the standard and it would take a mighty effort to remove them from their 2021 positions.