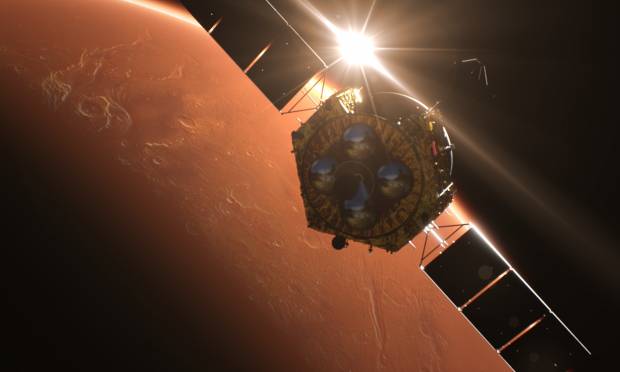 Tiaven-1 is scheduled to make some orbit and land between May and June before finally choosing a landing site.

The Rover or Tianwen-1 Explorer robot will land in Utopia Planetia. According to the plan, the landing process is said to last only seven minutes, but this landing will be the most tense moment that will determine the success of China’s journey to Mars.

After entering Mars’ gravity, Tianwen-1 will begin orbiting, where it will explore the landscape and explore the surface of Mars, especially the possibility of a predetermined landing site.

“If the terrain of the designated landing area results in an unfavorable decision, the spacecraft will have to adjust or determine a new location for landing, which means the orbit will last longer to ensure a safe landing,” Wang Yanan said. Chairman. Cited by the editor of Space Knowledge magazine Global Times, Monday (15/2).

Wang said it would be more difficult to land on the ground than the moon because there is no atmosphere to interfere with the lunar landing maneuvers, but the environment on the Red Planet is more complex.

With a height of up to four meters and a diameter of more than 5 tons, the Tianwen-1 is the largest and heaviest of the three other spacecraft owned by NASA and the United Arab Emirates.

See also  How to see the lyre meteor shower