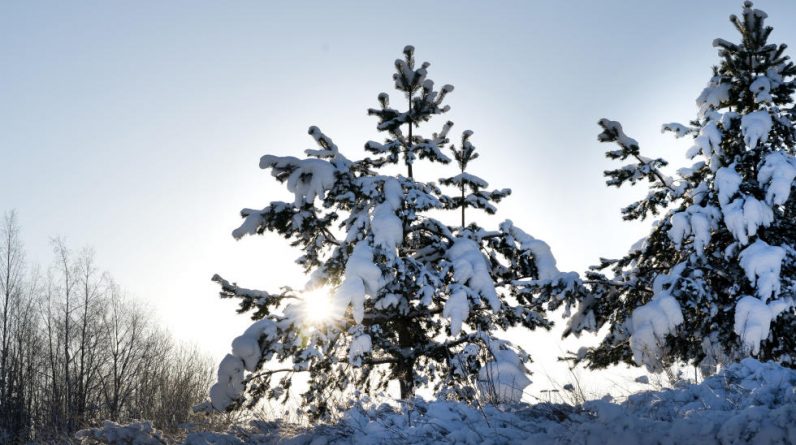 We can take comfort in the fact that the weather will be good this week. In fact, there will be no specific weather, said Eiselin Schjerwagen, a meteorologist on duty at the Meteorological Agency.

– There is high pressure in the South, West and East. It prevents all bad weather, so it’s mostly sunny, Scherwagen tells ABC News.

But, even though the sun was shining and the sky was blue, the freezing temperatures were not going anywhere.

– The temperature will be low. It may be a little warmer than Saturday, but not too high degrees, the meteorologist says.

Check the weather you are in

Due to the high pressure that prevents bad weather in the south, the low pressure entering northern Norway will bring bad weather.

In northern Norway, a rainy monsoon season awaits Finmark, Trams and across the Norland.

– Some rain from the Northland from Tuesday to Wednesday. Schjerwagen then says that the northern parts of Trentelog and western Norway may get some snow.

She can’t say exactly how much snow one can expect, but she describes it a lot.

On Monday, meteorologists sent a warning of moderate icing on ships to coastal and Ford areas in Finmark.

“We often do not see the possibility of this happening when there is coastal wind, but now the sea spray will freeze because it is so cold,” meteorologists wrote on Twitter.

# Finmark has a warning of moderate icing on ships off the coast and in the Ford area. We do not often see this happening when there is coastal wind, but now it’s too cold so the sea spray freezes. Stay updated on https://t.co/u6O2VtqROD pic.twitter.com/ByFV57Ts37

Do not set the match

Last Wednesday, not even a single degree of heat was recorded across Norway.

Meteorologists at the Meteorological Center say we have not seen anything like the freezing cold that has plagued the country for ten years.

– Of course it’s so cold that it happens from time to time, but it’s special that it’s cold across the country and lasts for several days, says meteorologist Rafael Escobar Levdal. N.R.K..

The last such long and continuous winter was in 2010. Before that you had to go back to the 1960s and 70s, says the meteorologist.