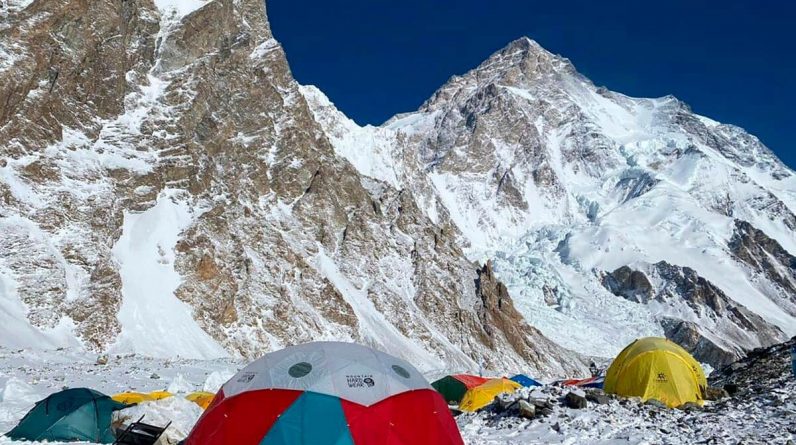 The organizers of their trip and the Pakistan Alpine Club said on Saturday that three climbers were missing to climb K2, the world’s second-highest mountain and one of the most dangerous.

• read more: Dangerous fall of the climber during the K2 journey

“It has been more than 30 hours since we (in the base camp) heard from John Snori, Ali Satbara and Juan Pablo Mohr that none of their GPS beacons were working,” Chang Tawa said in a statement.

A Pakistani military helicopter went in search of the three climbers. “Unfortunately they can’t find anything. The conditions in the mountains and even in the base camp are deteriorating,” he said.

The secretary of the Pakistan Alpine Club, Curr Haider, told AFP that the three climbers were missing.

On Friday, a Bulgarian climber had a dangerous fall on K2. Seven Summits reports that 42-year-old Adanas Skatov fell while changing ropes when he arrived at base camp.

He is the second person to lose his life in recent weeks in an attempt to climb the K2, which ends at an altitude of 8,611 meters.

Last month, 49-year-old Spanish mountaineer Sergi Mingot was killed in a fall on his way back to base camp.

There are plenty of dangers that have killed more than 80 people on this mountain, against the 450 people who successfully climbed.

Winter conditions on the K2 are terrible, with winds of up to 200 km per hour and temperatures occasionally dropping to -60 degrees Celsius. This explains why this mountain is so much less frequent than Mount Everest, which has been able to climb thousands of climbers of all ages.

But there are also some other valuable masses that are accessible at this time, especially due to epidemic border closures, and there are not four rope parties with 60 climbers joining K2 this winter.