Home Science All the planets in the solar system are in the same order .. Photos released by NASA! 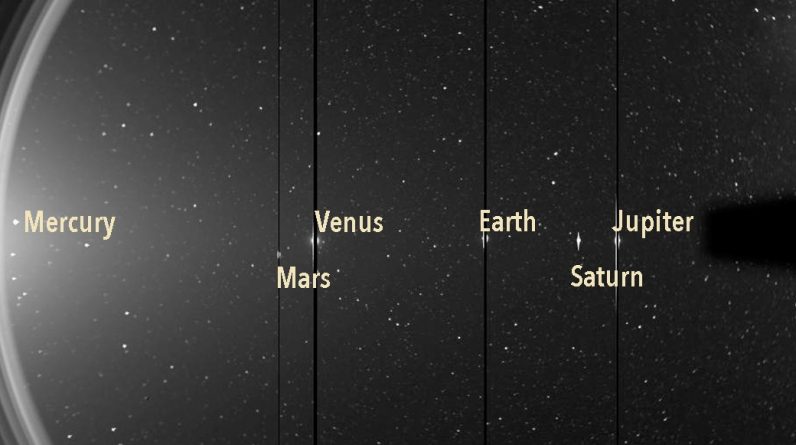 We have been learning since childhood that the planets in our solar system revolve around the sun. Draw lines in a circle .. We have shown that these are here. Also, how are all those planets really in space? What would they look like when viewed from a distance of 25.1 billion kilometers? Here are the answers to these questions from the US space agency NASA. He took photos of those planets orbiting the sun.

The European Space Agency’s (ESA) solar orbiter and NASA’s Parker Solar Probe spacecraft have clicked photos of the planets. The heliospheric imager (Solohi) in the solar orbiter took their images of the Earth from a distance of 25.1 billion kilometers on November 18 last year. However, the sun did not fall on the photo frame. Only Venus, Uranus, Earth and Mars are visible in this photo.

On June 7 last year, Parker photographed a wide-field imager (whisper) in a solar probe. Although the sun is not visible in it .. its light, helio sphere was caught by gossip. Defeated images of Mars, Saturn, Jupiter, Venus, Earth and Mercury.