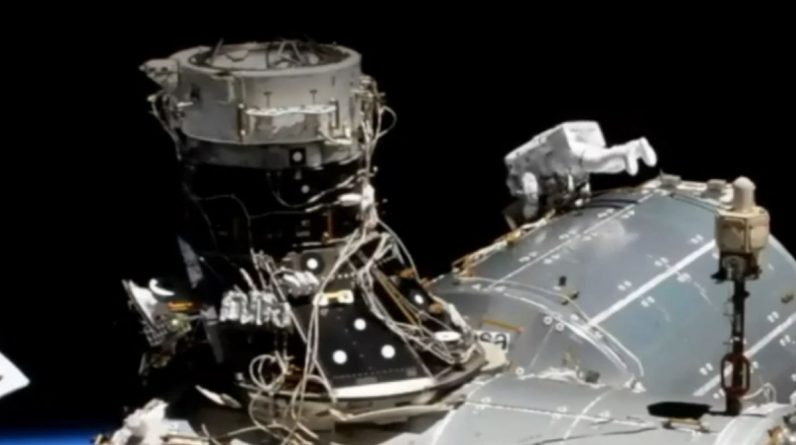 Hopkins and Clover, who arrived at the ISS in November, walked out of the traffic room of the Quest Station block into the open Wednesday.

Both astronauts’ spaceships were converted to internal batteries, which always officially begin these missions, which was supposed to take place at 13:05 CET, but it happened before 12:28. Their work “out” finally lasted seven hours, until 19:24.

While ascending, the pair completed cabling in the Columbus module and focused on installing the Bartolomeo platform antenna, the European Space Agency’s (ESA) largest contribution to the entire orbit laboratory. In addition, both NASA Americans had to build a module called the Cole-Ka terminal, which would enable high-speed communication with European ground stations.

After completing the missions of the Columbus module, the astronauts moved to the end of the Laddu structure of the station, where they began to make future improvements in its energy system.

Astronaut Clover is already “throwing away” the unwanted cover of the scientific antenna, which must eventually enter Earth’s atmosphere and burn safely.

According to Hopkins, the commander of this expedition dressed in a red-striped space suit, this was the third boom of his career, and Clover had its first scene. The next ascent outside the ISS is scheduled for Monday, February 1 for the astronauts – again Clover and Hopkins.

The pre-climb to free space was driven by the Russians

To date, the last “spacewalk” was taken in November by Russian astronauts Sergei Raisikov and Sergei Good-Sverkov of the Roskosmos Corporation, who, among others, prepared the ground for a new Nauka laboratory on the ISS.

In addition to Hopkins, Clover, Raisikov and Gus-Sverkov, the crew of the orbital complex currently includes colleagues from NASA astronauts Kathleen Rubins and Shannon Walker and the Japanese space agency Jaxa Sochi Nokuchi.