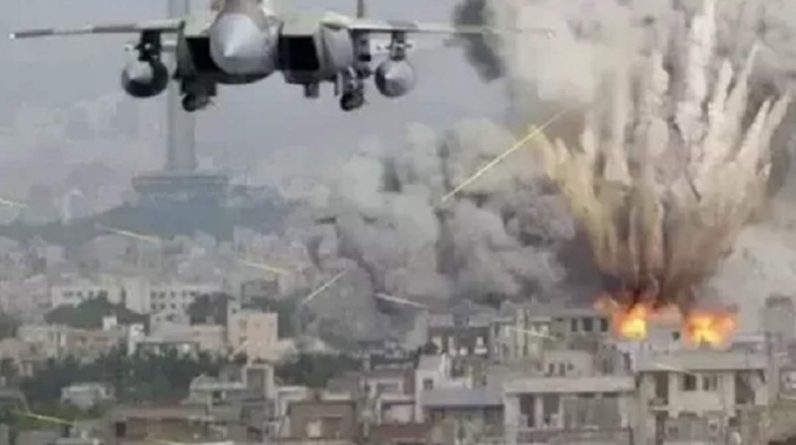 Beirut
Israeli warplanes bombed Syria on Wednesday morning. The skies of eastern Syria echoed for hours with the sound of Israeli warplanes. Warplanes then bombed Iranian-backed militant targets and arsenals. Dozens of militants were reportedly killed and scores wounded in this fierce bombing of an Israeli plane.

Iranian militant bases were destroyed
A senior U.S. intelligence official who learned of the attack said the airstrikes were based on intelligence obtained from the United States. It is noteworthy that the cooperation between Israel and the United States in targeting targets for attacks in Syria has been highly publicized. The attack targeted several Syrian warehouses holding weapons from Iran.

The US Secretary of State was aware of the attack
The US official, who did not want to be named during talks on an important issue related to national security, said on Tuesday that Foreign Minister Mike Pompeo had discussed the airstrikes with Israeli intelligence agency Mossad chief Yoshi Cohen. According to the Syrian state news agency SANA, the attack targeted the cities of Der al-Jor, Mayadin and Bukhamal on the Iraqi border and surrounding areas.

Syrian air defense missiles fail
A Syrian army official said his country’s air defense system had responded to missile strikes during the attack. However, no damage was done to the Israeli aircraft. All Israeli ships have returned safely to their respective bases after successfully completing this mission.

Human rights groups say 23 people have been killed
The UK-based Syrian Observatory for Human Rights said 23 people had been killed and 28 wounded, including seven Syrian civilians. However, his claim could not be officially confirmed. Israel has not yet released any specific information about the airstrikes.