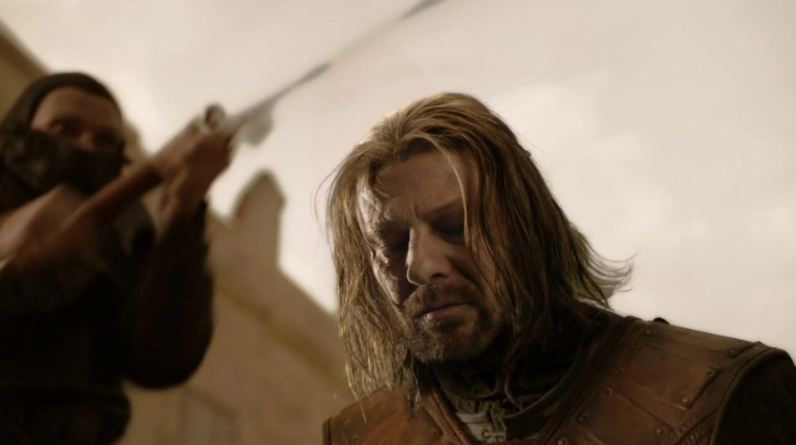 In an interview with the American site Entertainment Weekly, Sean Bean returned to one of the most important scenes in “Game of Thrones”, which cut off the head of his character Nate Stark.

If it appears to be an event after watching the 7 seasons that followed the premiere, this scene, at the time, made a strong impression on viewers (at least those who have not read the books). Sean Bean, one of the few well-known actors in the cast at the time, appeared to be in the lead role. Game of Thrones. Hero whose adventures we are going to follow. In a final episode titled “Baylor”, he does not survive beyond the first season after Ilin Payne’s beheading. A brutal and symbolic death that began the myths surrounding the series.

“It’s horror and despair. But it’s also a form of resignation in the face of his fate. . ‘Oh God, I cut off my head!’ It was a lot of mixed emotions, and that’s what made this scene, ”Sean Bean explains to the site. ew.com.

The 61-year-old actor mentions that it takes a whole day of work to film the scene. His acting was facilitated by the reaction of the other actors on his side and the heat he was doing that day. “It took a whole day to film the scenes, so you have to focus on your character dying so you can not be confused. I was so hot at the time so it helped. The reactions from everyone around were fantastic, from Jersey to the kids. With a lot of pathos in this scene It’s so moving. Then I put my head in the cutting block and my day is over! ”He continues.

See also  Madonna is releasing reprints of iconic albums from 2022

For those who are still wondering what Nate Stark whispers before the sword strikes him (a mystery that many fans have tried to unravel), director Alan Taylor reveals that it was Sean Bean who developed a text. “Sean Bean asked someone what prayer was appropriate for Nate Stark according to his beliefs. People tried to guess what he was saying, but it’s Sean’s personal work based on that conversation,” the director reveals in the book. Fire does not kill a dragon (Ed. Pygmalion).