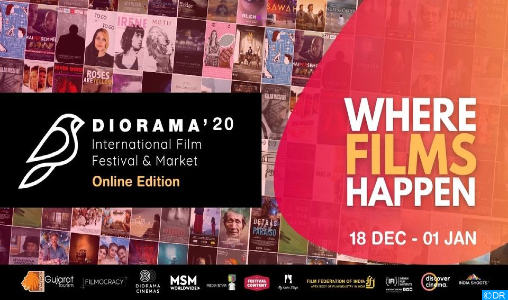 New Delhi: The Moroccan Cinematographers’ Center (CCM) on Monday won the Bazaar Grand Prize for the film Diorama at the Indian International Festival.

Organized in virtual mode, the second and third editions of the 2nd edition went to the Spanish Film Authority (Spain) and Gujarat Tourism (India) respectively.

On this occasion, Mr. Zareem Bassi Fihri, Director, CCM, spoke about the strength of the Moroccan location, the global shooting space and the excellent opportunities the Kingdom has provided in the production of major cinematographic works. .

In addition to the quality infrastructure and diversified shooting terrain available to Morocco, Mr. Bassi Fihri spoke about the proven expertise of Moroccan filmmakers and the filming and production facilities offered at the 7th Art Field.

Acharya won the Audience Award for Best Short Film for the Bengali-Indian film “Parcel” directed by Indian Indrasis, “Today You, Tomorrow Me” by American Christopher Neil.

In addition to the record number of 200 films representing some sixty countries, this edition was marked by 131 round tables and interactive sessions involving Indian and foreign actors and directors and one participation. The push of guest Oscar and Babta winners.

“Through this festival, we want to connect film professionals, actors, content sellers and tourism companies from all over the world,” festival director Kunal Srivastava told reporters.

He spoke about presenting innovative ideas in the field of cinema and organizing various sessions on the methods of making video clips and the production and composition of music for films.