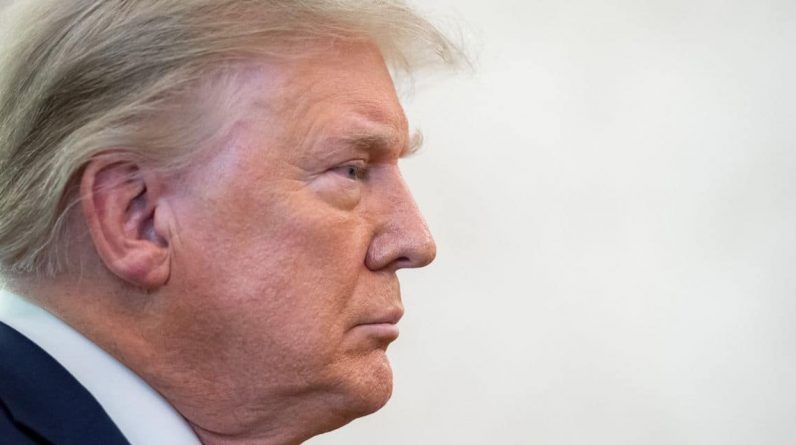 “Our embassy in Baghdad was hit by several rockets on Sunday,” the outgoing US president recalled on Twitter, citing an attack that caused material damage, but no casualties.

“Guess where they came from: Iran,” he said.

“We are now hearing speculation of further attacks on Americans in Iraq,” he continued, before offering friendly and friendly advice to Iran: “If an American is killed, I will capture Iran.” “Responsible”. “Think carefully,” he warned without elaborating.

Mike Pompeo, the head of US diplomacy, had already pointed his finger at Tehran. And the head of US forces in the Middle East, General Frank McKenzie, has warned that the United States is “ready to react” to an Iranian attack marking the anniversary of the death of Cosme Solomon.

In response, Iran on Monday urged US officials not to provoke “tensions”.

Donald Trump ordered a drone strike on January 3, 2020 to oust a powerful Iranian general while in Baghdad.

The area held its breath for fear of uncontrolled expansion, which eventually did not happen. But the tension starts from the approach of the first anniversary of the move, and the US president, who is pursuing a policy of “maximum pressure” against Tehran, enters the last weeks of his decree.

Washington has already reduced its diplomatic staff in the Iraqi capital, and speculation about the complete closure of its embassy has resurfaced in recent days.