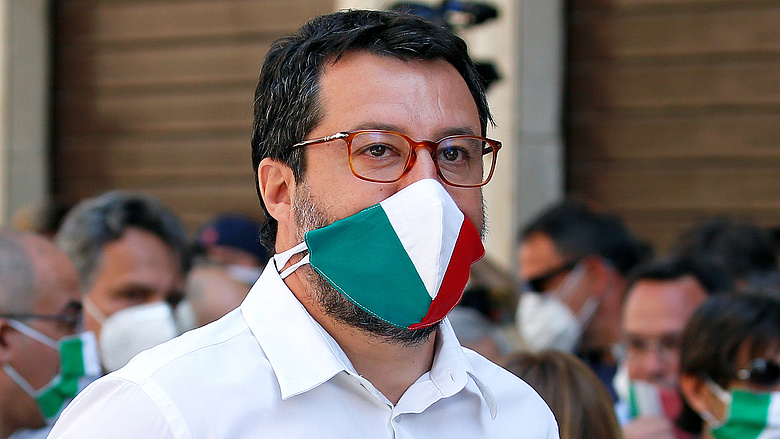 The MTI writes that a heated debate took place in the upper house of the Italian parliament on Friday night with a vote on the government’s new relocation measures to repeal laws passed last summer on the initiative of former Interior Minister Matteo Salvini.

153 of Salvini’s Migration Protection Acts, two votes absent, and the Senate passed an amendment with four votes. The House of Representatives voted on December 9.

Opposition parties have stated they will not run in the by-elections, but will be opposed by the Senate, the Italian Brotherhood and the Italian Brotherhood. Demonstration continued during the vote: the Senate meeting was disturbed by members of the center-right with whistles and a large banner, which insulted the previous one. Migration Policy change. There was little motivation between pro-government and opposition senators, and the upper house’s had to be disrupted several times by clashes.

Left-wing Democrats (PD) politician and deputy interior minister Matteo Marri said in a statement that “Salvini’s migration rules have been repealed and that Italy is beginning a new chapter in dealing with migration under international law.”

In his Senate speech, Matteo Salvini said that since the government has opened ports to all, “human traffickers are now celebrating,” there is no difference between war fugitives and economic immigrants or dangerous terrorists. He recalled that under his home ministry, the migration measures he introduced not only reduced the number of visitors but also halved the number of people lost at sea. Last year, more than 11,000 people came to Italy a year, three times this year. The leader of the League party has announced that a referendum will be held to restore the severity of the migration once the state of emergency over the corona virus outbreak is over.

Georgia Maloni, head of the Italian Brotherhood (FDI), wrote on the social media page that in an emergency created by the epidemic, the government of Giuseppe Conte would make it easier for illegal immigrants to land instead of solving people’s problems.

According to the amendments demanded by the center-left parties, the new migration measures are aimed at welcoming and integrating immigrants into the country. The number of so-called international security or humanitarian asylum has increased. Migrant asylum seekers arriving by sea are automatically considered and included in the National Health and Social Security Agency. They are offered Italian language courses, vocational training and job search support.

Beneficiaries of refugee status can obtain a three-year residence permit and identity card, but this does not apply to entry into another European country. From the previous 48 months, the Italian citizenship procedure for foreigners residing and working in the country has been reduced to 24 months.

The ceiling on the number of economic immigrants coming to Italy each year for work has been abolished. Salvini’s sanctions on civilian ships carrying immigrants have been significantly reduced.