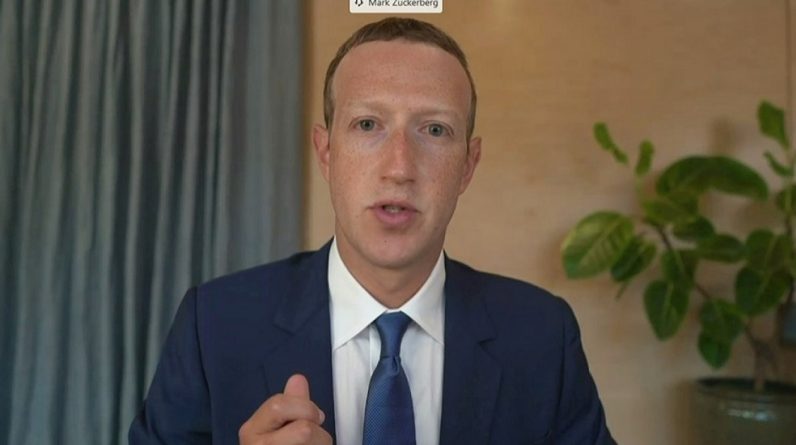 “The way out. According to the audio of the address heard by Reuters, CEO Mark Zuckerberg told staff.

Zuckerberg acknowledged that criticizing Facebook had affected staff morale, but said the survey was “coming with territory”. But he struck a negative tone, arguing that it came from at least some pushback rivals or those interested in tarnishing Facebook’s reputation.

“We also have to recognize that we have a lot of competitors, and there are those who believe that their success depends on us failing. So it is important that we do not compulsorily accept all criticism,” he said.

Critics have erupted over Facebook’s approach to talking about its services this year, including a rare walkout of staff accusing Zuckerberg of not adequately policing US President Donald Trump’s positions.

The world’s largest social network caught the ad boycott this summer over dealing with hatred, spreading violent rhetoric around the US presidential election in November and fighting regulators over reactionary behavior.

Zuckerberg and other executives, who spoke at yesterday’s sessions, including CEO Chris Cox and Chief Technology Officer Mike Schropper, often sought to focus on technology and product priorities.

Zuckerberg said he would “particularly focus” on technologies that “feel deeper” such as magnification and virtual reality.

He said the company has a “unique opportunity around business and payments” and is developing tools to help build collaboration between people who work remotely.

Sheryl Sandberg, CEO of Facebook, who has a less important public role than in previous years, concluded the session by thanking staff for the long-distance work arrangements triggered by the corona virus infection.

About 20,000 new employees joined the company this year, 17,000 of whom have not set foot in a Facebook office since the outbreak began. – Reuters