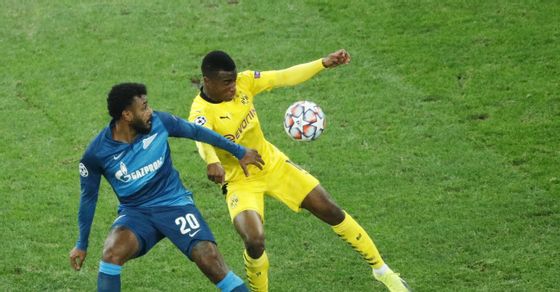 Borussia Dortmund striker Youssef McCo, 16, and 18 days old, became the youngest player in Champions League history on Tuesday when he came off the bench with a 2-1 win over Zenit St Petersburg.

Born in Cameroon, a European debutant in Russia as a 58th-minute substitute, McCook broke the previous record of 16-year-old 87-day-old Celestine Papiero when he played for Anderlecht in November 1994.

Axel Witzel’s low shot won the game for Dortmund in the 78th minute, finishing first in Group F over Lazio.

“It’s an ugly win, it’s more about our mood than our standards, but you have to win games like this,” Dortmund captain Marco Reus told DAZN.

“With all the injuries over and over, it’s great to have a win like tonight and topping the team.”

McCo, who had already played for the German Under-20 team, became the youngest player in the Bundesliga on November 21, the day after his 16th birthday, breaking a record for the second time in three weeks.

He was promoted to Dortmund’s senior team after smashing goals in German youth football, initially moving from Cameroon to his father’s hometown of Hamburg in 2014.