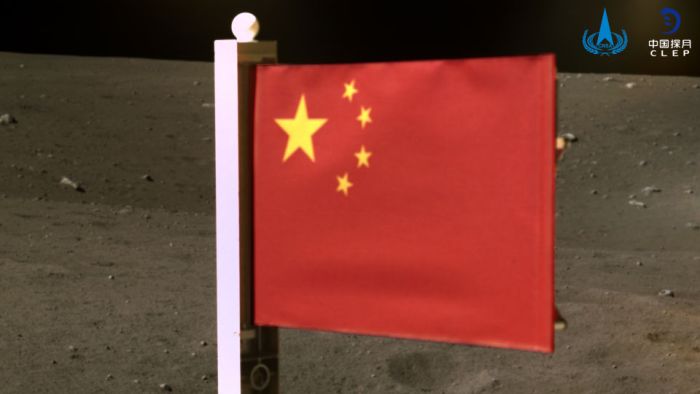 China’s space agency says China has unfurled a flag on the moon shortly before the start of a return mission to Earth to send lunar rocks to collect.

The Chinese flag is two meters wide, 90 cm high and weighs one kilogram and is made of a fabric that can withstand cold lunar temperatures.

The BBC reports that the flag was unfurled by the Chang-5 lander vehicle shortly before its ascending vehicle lander was used as a launch pad.

Chinese Foreign Ministry spokeswoman Hua Cheung and the EU tweet from the People’s Republic of China confirmed the event.

“Our national flag is proud to see China’s flag unfurled on the moon,” the EU mission account tweeted.

“#Change 5 collected probe samples and departed from the moon.

“It will contribute to global scientific research in areas such as the formation and evolution of the moon.”

In 1969, during the Apollo 11 mission of humans, the United States planted the first flag on the moon.

Until 1972 five more American flags were planted on the lunar surface.