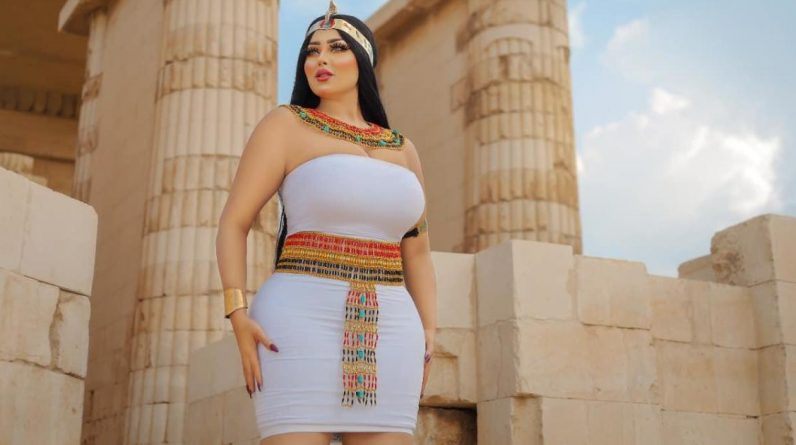 Cairo – Egyptian model Salma El-Shimi was arrested on Monday in connection with a photo session in Sakara, a major archeological site in Giza. El-Shimi, 26, posed for a collection of photos in a costume modeled on ancient Egyptian clothing. Officials from the Ministry of Tourism and Antiquities considered the decor “inappropriate.”

The ministry confirmed in a statement that Mostaba Waziri, the general secretary of the former council, had sent the incident to public prosecutors for investigation. “Anyone who is indifferent when it comes to antiquity or our unique Egyptian civilization will be punished,” Wazir warned.

Two employees of the ministry and four security guards working at the site were sent to prosecutors for an administrative investigation, Sabri Farrak, director of the Sagara antique site, told CBS News. Farrak denied reports that the six men had been arrested.

Anyone wishing to conduct a photo or video shoot for commercial purposes at one of Egypt’s archaeological sites must obtain permission from the Ministry.

El-Shimi’s photographer, 22-year-old Hosam Mohammed, told a local newspaper that he and his subject had reached an “agreement” with the staff at the site to take a photo for about 15 minutes around Joser’s pyramid. The pyramid dates back to the 27th century BC.

For the photo shoot, El-Shimi referred to himself as Queen “Malban-Titti”, a name derived from the Turkish delight, “Malban” and the sweet feast of Queen Nefertiti of ancient Egypt.

The photos went viral and renewed a heated debate about the difference between violating social norms and violating the law.

El-Shimi filed a lawsuit accusing him of “disintegration of civilization and insulting the great Baronic history.” Egyptian parliamentarian El-Shimi has called for “severe punishment”.

Under the Egyptian justice system, any individual can file a lawsuit against anyone for any reason, but it is up to the public prosecutor to decide if there is a proper case and bring the formal charges.

Hyperpole aside, the prosecutor ordered El-Shimi and his photographer released on 500LE (about $ 32) bail each Tuesday evening, pending a full investigation. According to local news agencies, they face formal charges of taking photographs without permission, but nothing more than allegations of indecent exposure or misrepresentation.

Mohamed told local newspapers he was surprised by the huge reaction, insisting he had done nothing wrong and was trying to earn a living. He said he was paid 1000LE (about $ 65) for the shooting and would have turned down the job if he had known it would turn out to be a scam.

He said he hoped none of this would happen if there was a different body type in the model involved.

Despite outrage from some quarters, other Egyptians rallied to defend the right to wear El-Shimi’s will and criticize the Ministry of Tourism’s actions, suggesting that the case would only bring bad publicity to Egypt.

Sakara was there two weeks ago In the message For an important archaeological discovery of about 100 sealed coffins containing mummified bodies.