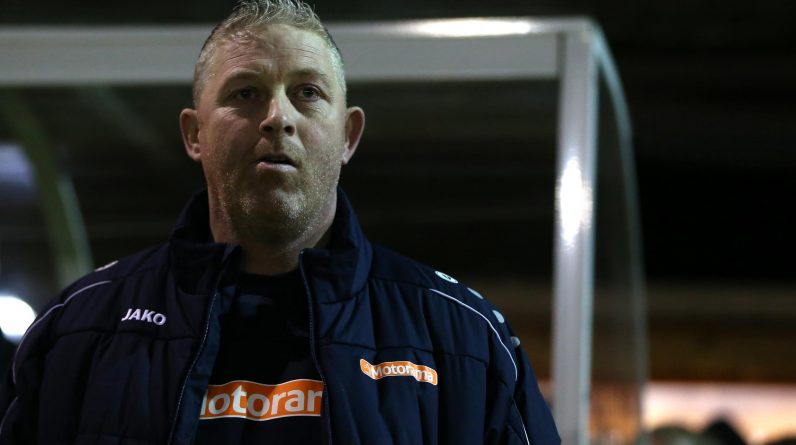 The brilliance of Darlington’s FA Cup victory over the weekend evaporated last night when Nicki Hunt dropped out of the game against Boston United due to a serious injury.

The match was abandoned by referee Adam Williamson 2-0 and the National League will have to decide whether the result stands or whether a resumption is needed.

But the score is of secondary importance to those involved in the Blackwell meadows.

The collision also saw Tony McMahon nearby, who saw Hunt fall backwards on the ground, and for more than an hour he did not call an ambulance, and soldiers on both sides were shocked by the incident.

Quakers physiotherapist Danny O’Connor, along with club staff and players, joined the Quakers over the summer from Creve Alexandra.

He was taken on a stretcher from Blackwell at 11pm, 90 minutes after he fell. It is not clear what the injury is, but it is understood to be a spinal problem.

The bad shots gave an early end to a disappointing display from Darlington in the wake of Saturday’s surprise 2-1 win at Swindon Town.

Initially Darlington were sluggish, unable to get into their flow and Boston took an early lead, with a powerful header after Jordan Burrow sneaked into space inside the 18-yard box.

The Quakers got into another very quickly, pushing Johnny Saltmer into the corner in the corner of Andy Thanoj, then blocked Timo’s low shot hunt.

Sean Reid wasted a great chance for a draw. To hit only the goalkeeper, his shot was too close to Rose Fitzimons.

The second Boston goal on Saturday was not inconsistent with Adam Campbell’s winner, Fraser Preston’s shot from Michael Little took a big deviation from the wrong foot Saltmer.

But what happened to Hunt is the only cause for concern.