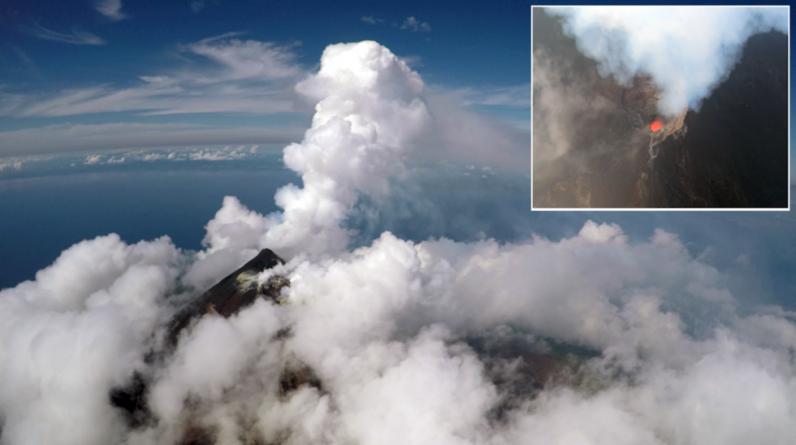 Manam Mottu is located on the northeast coast of Papua New Guinea on a small island of more than 9,000 people and is one of the 300 active volcanoes on Earth. An eruption in 2004 forced the island to evacuate completely and destroyed homes, crops and livelihoods.

An international team, including members of the Deep Carbon Laboratory, has flown specially adapted drones directly into Manaman’s Blooms to better understand volcanic eruptions, including clues about future eruptions.

Advanced early warning systems are critical to saving lives and planning emergencies. Currently, volcanologists generally monitor seismic activity and observe the swelling that marks the magma structure in volcanic walls in anticipation of an eruption.

But an improved understanding of the chemistry within volcanoes will lead to more accurate predictions of future eruptions.

A team of researchers, led by Dr. Emma Liu, a volcanologist from University College London, conducted close-ups of the volcano in October 2018 and May 2019. Their findings are just now Published In Scientific Advances Magazine.

Two types of long-range drones were fitted with gas sensors and cameras, as well as miniaturized gas sensors, spectrometers and sampling devices, and monitors emissions for signs of an impending explosion.

They both took the most accurate measurements of the ambient gases around Manam’s two craters, as well as collecting samples for analysis to return to the pad, which were then compared to satellite measurements.

Measurements taken by the drones showed a fall in the southern crater of the volcano between October 2018 and May 2019, and the volcano erupted in June 2019, a month after the team departed.

The team warns that volcanic eruptions alone are not a reliable indicator of an impending eruption, but these accurate readings may provide another useful tool in the early warning arsenal of volcanic eruptions.

For example, the proportion of gases in the bloom may provide detailed insights into the proximity of hot magma to the surface, as well as the detection of large CO2 ‘belches’ believed to precede large explosions. Should be confirmed as indicators of impending eruptions.