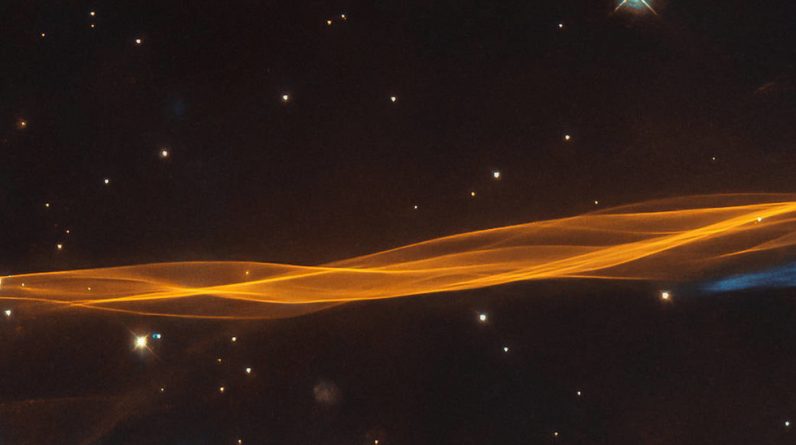 The Hubble Space Telescope has rebroadcast countless breathtaking photos during its 30-year journey. The latest example is the incredible image of a supernova explosion wave about 2,600 light years away from Earth.

A powerful star explosion occurred in the constellation Cygnus the Swan because the dying star was destroyed. This star is 20 times larger than our Sun and its catastrophic death occurred 10,000 to 20,000 years ago.

At Rt.com
Hubble telescope spy cosmic ‘bat’ folds its wings into the depths of space (video)

Beautiful photo shows a small part of the remaining blast wave following the astonishing astronomical event. From the supernova to the Millennium, the rest extend 60 light years from its center.

Interestingly the rest expand at a speed of 350 kilometers per second. When the star shield from the eruption is mixed with a low-density galaxy object, it forms a magnificent veil-like structure captured in the photo.

In 1991, Hubble captured another image of the Cygnus supernova blast wave, capturing a small portion of the remainder.