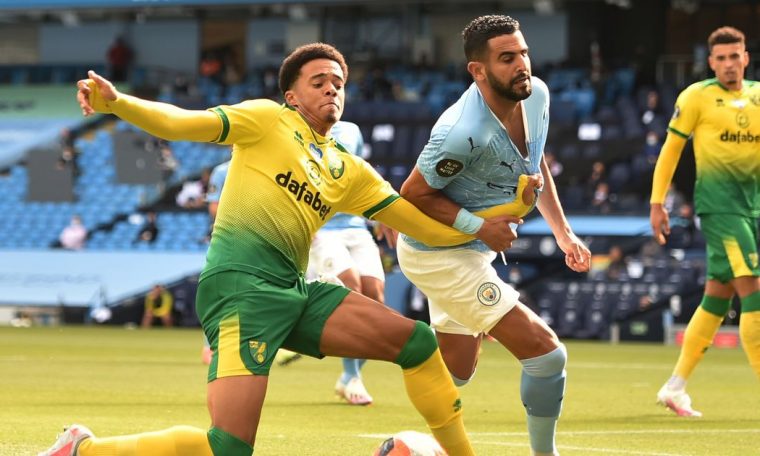 In a move which echoes their famous capture of Andy Robertson, the Reds are ready to take a gamble on a player relegated from the Premier League with a firm approach for the Norwich defender.

Robertson was plucked from Hull after they went down and cost just £8m in a transfer recognised as one of the coups of the Jurgen Klopp era.

The German coach has a good record of signings from relegated clubs with Gini Wijnaldum and Xherdan Shaqiri both proving a success after experiencing the disappointment of the drop.

Now the champions are planning a similar move to get cover for their Scotland international left-back, and there is a lot of excitement at Anfield about Lewis.

He enjoyed a promising debut season in the Premier League despite Norwich’s eventual capitulation in being relegated after a fraught defensive campaign.

At 22, Lewis is a year younger than Robertson when he joined Liverpool and has shown huge potential with his attacking qualities from the left-back position, including a memorable goal against Leicester.

The only stumbling block would be Lewis’s desire to play regular first team football at Anfield, with Robertson such an obvious fixture in the side.

But his numbers show the Reds’ analytics team that he has the potential to develop, and it is understood Klopp is a big admirer, along with members of the recruitment staff.

He is also versatile and can play in other defensive positions which would offer some opportunities of first-team football.

Norwich are interested in Liverpool’s young left-back Yasser Larouci who has turned down a new contract with the Anfield club, and will leave this summer. That could sway negotiations.

Klopp wants a young player with real potential to provide some competition for Robertson, and he has also looked hard at Bournemouth defender Lloyd Kelly, who is versatile enough to play at centre-half.

Brighton ’s Ben White, who has been on loan at Leeds, is a third option.

But if Lewis is prepared to be patient and battle for a place, then he seems like the most likely candidate to become Liverpool’s first signing of what will prove a quiet summer for the Premier League champions.