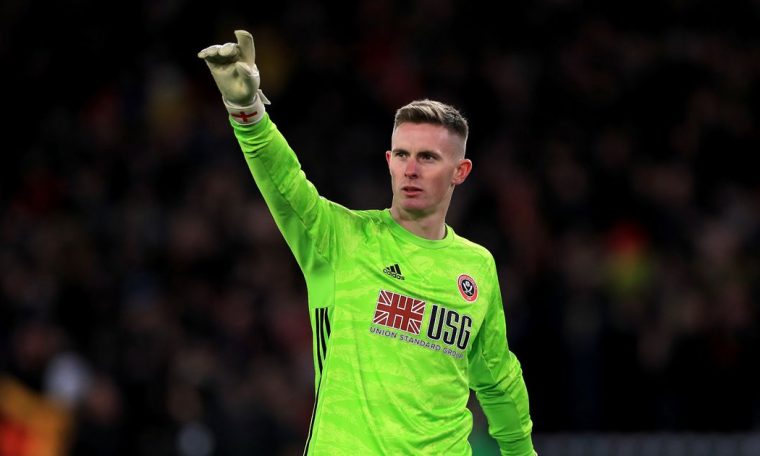 Dean Henderson’s Manchester United future will become a lot clearer in the coming weeks as talks between the two parties reach a crucial stage.

There has been plenty of talk about where the goalkeeper will be playing his football next season.

His performances at Sheffield United have attracted interest from Chelsea who are prepared to pay big money for the 23-year-old.

But United and Henderson are in discussions over a lucrative five-year deal that will make him one of Europe’s highest paid shotstoppers, reports Sky Sports.

Ed Woodward is poised to discuss the budgets at Old Trafford with some of the club’s chiefs this week.

United see Henderson as a future No 1 but only signed David de Gea to a new long-term deal last summer.

It leaves Ole Gunnar Solskjaer with a huge decision to make but the Norwegian has regularly backed his first choice goalkeeper amid his recent string of errors.

But the Red Devils boss is not opposed to bring the Englishman back into the fold and allowing him and De Gea fight it out for a starting berth.

Henderson has kept 13 clean sheets this season at Bramall Lane which has put him in contention to be England’s No 1 come next summer’s European Championships.

Chelsea boss Frank Lampard is likely to be in the market for a new goalkeeper having dropped Kepa Arrizabalaga for their final day win over Wolves.

The Blues are prepared to offer big money and have already shown they are not waiting around this summer having added Hakim Ziyech and Timo Werner.

It has backed Solskjaer into a corner and his former team-mate turned Sky Sports pundit Gary Neville has urged him to be ruthless.

He said: “In the last 18 months he’s been riddled with mistakes and only Solskjaer can make that decision over the goalkeeper.

“What I would say about that decision is that Solskjaer has to be decisive and ruthless with that decision, he’s got to think about himself and the club. If he thinks De Gea is going to return to the level he was at before, stick with him.”