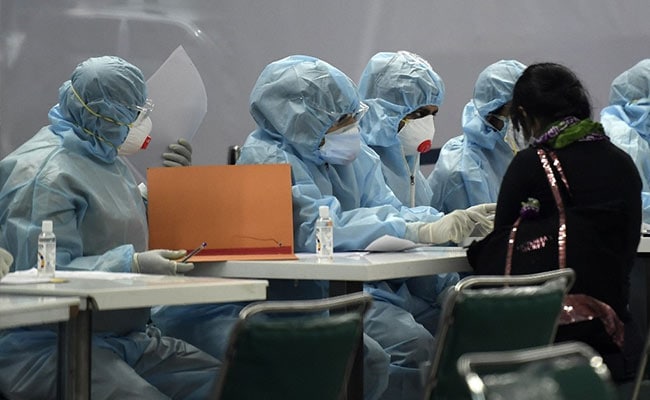 Delhi: woman demanded that all members of her family be examined immediately (Archive)

A woman has alleged that her COVID-19 positive hospital was not admitted in time to a Delhi government hospital and died on Thursday, a charge denied by authorities.

The woman, Amarpreet Kaur, took to Twitter earlier in the day, saying, “My dad has a high fever. We need to transfer him to the hospital. I am standing outside LNJP Delhi and they are not going to wear him. He is having a crown., High fever and breathing problems. He won’t survive without help. Please help. “

My dad has a high fever. We need to transfer him to the hospital. I am standing outside LNJP Delhi and they are not receiving it. You have crown problems, high fever, and breathing. It will not survive without help. Please help @raghav_chadha@ArvindKejriwal@SatyendarJain

An hour later, he tweeted again, saying, “He no longer exists. The government failed us.”

Her tweets circulated widely on social media. Ms. Kaur is a social activist, her family said.

According to information shared by the hospital, the 68-year-old man, who also had asthma, died at 7:37 a.m.

“According to an emergency department report, the man was screened for COVID-19 at Sir Ganga Ram Hospital (SGRH) and the report came June 1, when he was found to be positive for coronavirus infection,” he said. a high official.

He was sent to quarantine from there, authorities said.
On Thursday, he was taken to the hospital emergency department in an “unconscious state” and with a flat ECG line, and declared “brought dead.”

Amarpreet Kaur lives in Gurgaon with her husband Mandeep Singh, who said family members rushed to the hospital after learning of her father-in-law’s condition.

“My father-in-law was driven in a car by my wife’s brother and a cousin, accompanied by my mother-in-law,” Singh said, alleging that the LNJP Hospital staff “was not willing to see my father-in-law, even when he passed out in the car. “

“They say they brought him dead, but did they treat him? The staff kept saying to go to the Ganga Ram Hospital. We were lost,” he alleged, the authorities of the LNJP Hospital again denied the charge.

Singh also alleged that the family “never received a call” from SGRH about his father-in-law’s positive status for COVID-19.
A SGRH spokesperson denied the charge and said: “There is no truth to these allegations. However, we sympathize with the family for their loss.”

Singh also claimed that the family had approached three and four other private and government hospitals a few days ago, but “was unable to obtain admission” at any of those facilities, adding that they discovered that beds were available at the LNJP Hospital, for what was brought there.

Later, in a statement, the LNJP Hospital rejected the family’s claims as “incorrect and false,” saying the man was taken to the hospital between 7:10 am and 7:30 am, “he was not denied. entered and was examined by a doctor. “

He also claimed that the first tweet was posted by Mr. Kaur at 8:05 am, and subsequently sent another tweet, saying that his father died at 9:08 am, but he died at 7:37 am.

Singh responded and claimed that the tweets were “taken out of his wife’s account by a friend of his,” as she was struggling to obtain medical attention from her father and therefore there could have been a delay.

When asked if the man’s family was required to wait in the hospital, a source said that the LNJP Hospital, being a dedicated center, sees a large number of patients.

“Additionally, there are four physicians in the emergency department, who can care for only four patients at a time by following all social distancing and other safety guidelines. But the screening team searches for anyone in line who needs care. immediate medical. ” “said the source.

Later, the woman tweeted looking for COVID-19 evidence for all family members.

“I lost my father this morning at COVID. We want other family members to get tested today. What labs aren’t making them in danger? We tried that since morning. My mother, my brother, his wife and her two children. Help (sic), “she said.