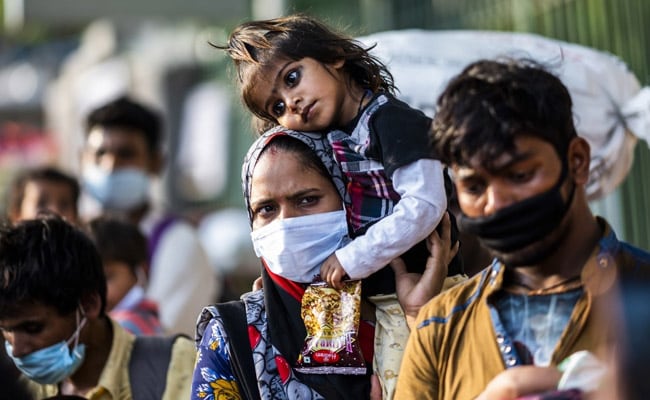 India is now the seventh most affected nation after the United States, Brazil, Russia, the United Kingdom, Spain and Italy.

India’s coronavirus case count crossed 2.2 lakh on Thursday with a record increase of more than 9,000 new cases and several states reported their biggest one-day increase, even as efforts to restart long-stalled business activities to accelerate contain the economic cost of the pandemic.

The Union Ministry of Health published standard operating procedures to reopen offices, hotels, shopping malls, restaurants, and religious sites. Some of them have already reopened in some parts of the country and few are scheduled to restart from Monday.

In its morning update, the Union Health Ministry said the total number of positive cases had crossed 2.16 lakh with a record increase of 9,304 new cases since 8 AM on Wednesday across the country, while the number of deaths had increased to 6,075 with 260 more deaths in this period.

A count of figures announced by different states and territories of the Union, as of 8 PM, showed a greater number of confirmed cases throughout the country with 2.22,879.

India is now the seventh most affected nation after the United States, Brazil, Russia, the United Kingdom, Spain and Italy. In terms of deaths, India is currently 12th, while it is eighth in terms of recoveries. However, India is among the top five countries in terms of active cases.

“The recovery rate is 47.99 percent among COVID-19 patients,” the ministry said.

Union Health Minister Harsh Vardhan said the increasing number of COVID cases, a high positivity rate and a low level of testing in parts of the national capital was worrying. He emphasized the need for increased testing, along with aggressive surveillance, contact tracing, and strict perimeter containment and containment measures.

Chairing a high-level meeting via video conference to review preparedness for prevention and control of new coronavirus infection in Delhi, Mr. Vardhan expressed concern for all districts of the national capital affected by COVID- 19, and high positivity rates and low test levels in many districts.

Delhi registered 1,359 new cases of coronavirus on Thursday, bringing the city’s COVID-19 count past the 25,000 mark, and the death toll to 650, authorities said.

Delhi Deputy Chief Minister Manish Sisodia said his government’s entire focus is on saving lives and ensuring adequate facilities for COVID-19 patients who need hospital care, without getting bogged down in data or competition with other states.

He said that COVID-19 cases are on the rise in Delhi and that the government has begun to focus on ensuring that those in need of hospitalization obtain adequate beds and treatment facilities.

While Delhi has moved to No. 3 in India for coronavirus cases, Maharashtra remains the worst hit.

Maharashtra recorded its highest single-day peak of 2,933 COVID-19 cases, bringing its confirmed case count to 77,793, while the number of deaths rose to 2,710 after 123 new deaths. The number of patients discharged from the state also increased to 33,681.

See also  Latin America and the Caribbean: The economic crisis is pushing many workers into the informal sector

Of the 123 deaths, 68 were reported in the Mumbai Metropolitan Region (MMR).

Tamil Nadu also reported its highest single-day peak of 1,384 cases to bring its count to 27,256, while the number of deaths rose to 220.