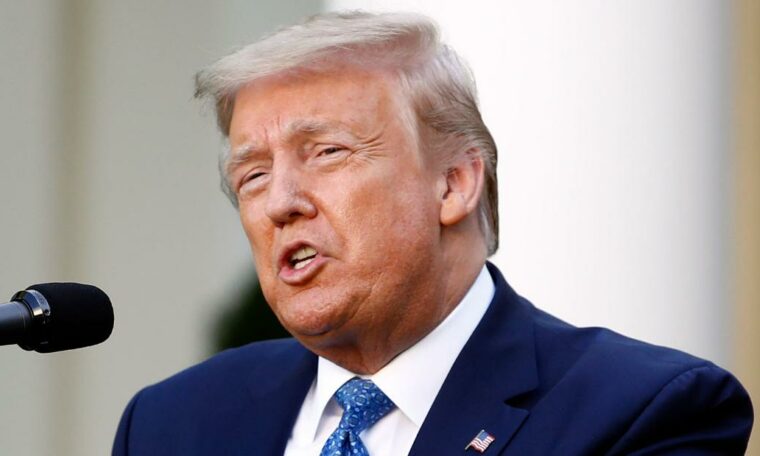 Glorifying the Confederacy is not. It is immoral. It is honoring a symbol of oppression and racial division.

For years, the Republican Party has acquiesced and appeased white racists and supremacists, ready to sow division and disunity to grow and maintain electoral power, particularly in the South.

That was the genesis of the “southern strategy,” used to describe how the Republican Party exploited racist fears to woo white voters during the Civil Rights era. And it has been a cloak that President Donald Trump has been too willing to assume and co-opt.

It goes without saying that it has had a profoundly negative effect on all dimensions of the Republican Party, strategically, politically, in terms of outreach and even candidate selection, and has resulted in the party’s mistrust of overwhelming Most black voters for decades.

The old Republican rebuttal is to insist that the party played an important role in the fight against racism and inequality in the 19th and early 20th centuries, and to some extent this is true. But it is an insufficient story. One that is tangential at best, and that hides the underlying truth that the party has created a political reality in which without sheltering racists, it would have no chance of electoral success in what became strengths Republicans in the South, as a result of the adoption and continued implementation of this strategy.

And now, they are reaping what they have sown.

Right now, we are in a country, confronting Trump’s illegality, his contagion MAGA and his army of elected facilitators, it seems that we are on the verge of a proverbial fight against a modern Confederation.

See also  US / Brazil - Floods in Bahia leave more than 30,000 homeless: Caritas Brazil speeds up relief efforts
Black Americans are on the front lines of this battle, and we and our allies are literally and figuratively fighting for our lives. Whether against disparate impacts on Covid-19 health, a compound effect largely due to generations of unequal healthcare, or the ongoing intergenerational fight against police brutality in communities of color, where the indignities of racial inequality can no longer be passively ignored and accepted by a political party that claims to be Lincoln’s party.

Before the Civil War, Americans had to decide what kind of country they wanted the United States to be. Those who joined the Confederacy made their choice. One of treason, slavery, subjugation, and oppression. Fulfilling the promises of our Constitution or Declaration of Independence was not among its objectives.

They chose the wrong side of the story.

Now, more than 150 years after the Civil War, we are faced with another turning point in the United States, where we are presented with an option.

It is time to choose, and to choose we must do it. There is no middle ground in this decision. There is no acceptable excuse for cognitive ignorance or dissonance, as the world watches Trump’s deplorable behavior of tweeting as American cities explode in righteous anger and frustration over centuries of oppression. The same day he tweeted that when the “looting begins, the shooting begins,” a racist phrase from the 1960s, he briefly taken to his White House bunker by the secret service. Although the security measure may have been necessary, it symbolizes what many have described like Trump entering hide for a crucial moment in the U.S history.

At this point, it is morally inadmissible to be in the middle.

To launder the transgressions of Trumpism and the complicity of the Republican Party in it, is a conscious and deliberate decision to join the ranks of Modern “lost cause” (a theory that southern states adopted to be heroic, while denying that slavery was a central part of the Civil War conflict) as conspirators.

They will no longer go unnoticed or graceful by allowing Trump and his band of deplorable men to dishonor Lincoln’s legacy, to work overtime to exacerbate and exploit, not close and heal, the racial and cultural gap in this country. at the expense of American lives for political power.

American history will view Trump’s legacy with shame and disgust and will not allow feeble attempts to weave revisionist stories and accounts of these tumultuous times to make it acceptable to the next generation.

Now is the time to decide which United States we want to be.