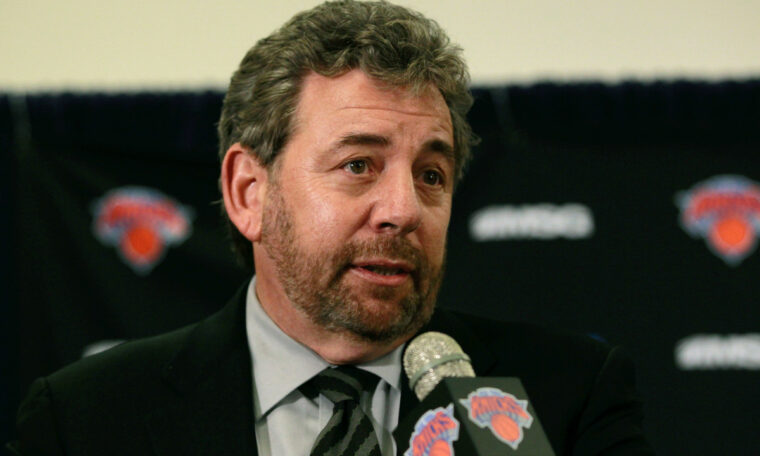 Knicks owner James Dolan sent a second email to employees Tuesday to “clarify” his position on why the club did not issue a statement regarding police-related death of George Floyd, according to a source.

Dolan attempted to calm the unrest within the organization with the Knicks as one of two NBA teams to avoid issuing a formal statement about Floyd’s death at the hands of police in Minneapolis that has sparked protests, riots and looting.

Dolan was furious at racism in his second email.

“Then let me be clear. We vehemently condemn and reject racism against anyone, period, “Dolan wrote.

Dolan added: “Racism is born out of ignorance.”

SNY first reported the second email after the first one was met with confusion by Knicks employees and sparked a virtual meeting by some employees Tuesday morning. The Knicks’ Instagram account posted a post in support of Blackout Tuesday.

Here is the text from the second email confirmed by the Knicks:

Yesterday, I made a sincere attempt to provide my perspective on a very difficult subject, one that has no easy answers. I know how important this topic is to many, and I don’t want there to be any confusion about where I am as an individual or we as a company. So let me be clear: we vehemently condemn and reject racism against anyone, period. It is against every value that we appreciate.

My point yesterday was about actions and the importance of living your values. At Madison Square Garden, we have worked hard to build an environment of inclusion and mutual respect, and those are the values ​​we strive to live every day. Racism is born out of ignorance and it is up to each of us to understand that the person who works alongside them is their equal regardless of color or any of the other qualities that make us diverse. And any injustice to one person is an injustice to everyone.

This is how we at MSG fight against racism. We start with ourselves and through our actions we define who we are. This is how we can be an example to the world at large. That was the point of my message yesterday.

I am proud of the environment you have created here. I know this is a difficult time and that we will always have to communicate with each other about difficult problems. I will continue to do everything I can to help make our community even better. I know you will too.

In the first email, Dolan explained that he did not believe the Knicks were adequate to comment publicly on police brutality. The Post reported that some employees were disappointed with the email, and ESPN reported that the players were “furious” and had been active on social media to express their horror at the police incident.