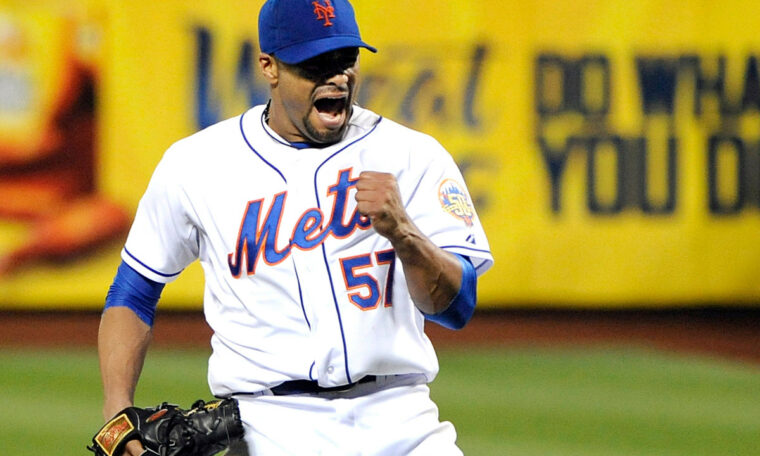 What could have shortened Johan Santana’s career allowed him to live forever.

After 50 years and 8,019 games, the Mets finally produced the first no-hitter game in franchise history on June 1, 2012, when the two-time Cy Young Award winner threw 134 pitches, his career high, in an 8-0 victory over the Cardinals. at Citi Field. Before Santana’s feat, the Mets had thrown 35 one-hit hits and were catchers for six non-hitters, while former Mets pitchers, including Tom Seaver, Nolan Ryan, and Dwight Gooden, had combined for 13 no-hitters.

“We work very hard, all the things we’ve been through I’ve been through,” said Santana, who missed the previous season after undergoing surgery to repair a torn anterior capsule in his left shoulder. “This is very special and I know this means a lot to New York.”

Terry Collins put Santana within a 115-pitch limit before the game, but the left-hander convinced his manager after the seventh inning to keep him on the mound.

“[Collins] He came to me when I was sitting on the bench and he told me that I was his hero and that was it, “said Santana.” I told him I wasn’t going to leave the game. “

Collins rightly agonized over the call, foreshadowing arm injuries that would prevent Santana, then 33, from pitching in the majors after the 2012 season.

“I am very excited for him, but if in five days his arm bothers him, I won’t feel very well,” Collins said, holding back tears. “It just doesn’t jeopardize the entire organization, this season, for one inning, so we’ll wait five days and see what it’s like.

One of the most memorable moments in Mets history, which many fans believed they would never see, was based on a mistake.

Before the sixth inning, former Mets star Carlos Beltran lined up a shot past third baseman, who was fouled by third base umpire Adrian Johnson. TV replays showed the ball clearly hit the chalk line and should have been called fair. A manager’s challenge was not an option for two other seasons.

“I saw the ball hit out of the line, it’s just missing,” Johnson said.

Mike Baxter made sure that Santana took the second chance. The Queens native made the most crucial defensive play of the game, caught a liner from Yadier Molina, as he crashed into the left field wall in the seventh inning, causing Baxter to be ejected from the game and placed on the disabled list with an injured shoulder.

“That ball that Baxter caught will go down in the annals of New York Met history for that,” pitcher R.A. Dickey said.

Santana, who struck out eight and gave five walks, ended the game with a strikeout by David Freese and was harassed by his teammates near the mound. The ace, perceived as the missing piece to a title when it was traded to New York in 2008, had brought the Mets something they always hoped to have.

“I don’t even think he ever released a no-hitter in video games,” said Santana.